0
No items found.
Product is not available in this quantity. 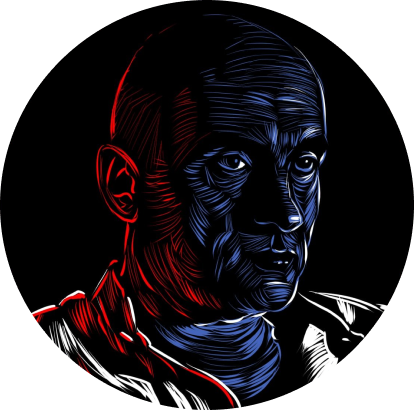 It all started with a sketch, followed by a word, which led to the book, that turned out to be a good seed.

The good seed for the movement against the bad seeds. Against those simple banal pieces of evil, stupidity, and indifference. Against the shoots and sprouts that grow into dictatorships.

By getting rid of those bad seeds, we get rid of dictatorships.

We just need to learn how to spot and mark a bad seed. Whenever you see one, let everybody know. Let us know.

adam’s the son of a lapsed Marxist economist who died in the Presence of a Future made uncertain by our environmental neglect. He mis-spent his school days bouncing for Blondie, Talking Heads, Motorhead and the Ramones at London’s Roundhouse Theater and collecting pre-release reggae records. He graduated from making tea at Matrix recording studios to producing records with The Raincoats, Scritti Politti, Aztec Camera, Orange Juice, Ian Dury, Robert Wyatt, Rip Rig and Panic, Pere Ubu, James Blood Ulmer, Lizzie Mercier Descloux and others that defined an era (and he hasn’t seen a royalty check yet).

He sung in the chorus of the Sex Pistols “Friggin’ in the Riggin'” and at karaoke clubs across South East Asia. He executive produced Mary J. Blige, TLC, Biggie, Aaliyah, Gloria Estefan, Boyz II Men and over one hundred hit-artists more on soundtracks for the Atlanta Olympics, Panther, and Jason’s Lyric. He recorded “Nuestro Himno” the Spanish-language version of “The Star-Spangled Banner” and unwitting stomped on President George W. Bush’s toe.

He created CATWALK, the first episodic, musical, urban TV show. He Commercialized Reggaeton at UBO. He recorded Tempo in jail with the London Symphony Orchestra at Abbey Road. He’s founded and managed both successful and less successful media startups. Adam aspires to be Degas. He’s fearful of ending up a Kunt (silent t).